I got to show the class tonight, so...I get to show you
now.
I found this picture and wanted to tat a suncatcher
with a similar design.  Well.... 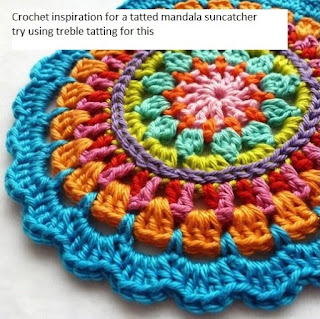 It ended up becoming a 7 inch doily.
It's tatted in size 3(yes, 3!) Lizbeth Snow White.
It has Ninetta's Treble Tatting in 3 rows-the center,
the middle, and just before the final row.
There is some ruffling, but I am sure it will settle
down with I get around to blocking it properly. 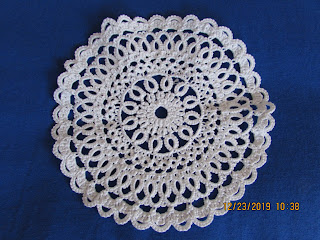 For those who don't know about Ninetta's Treble Tatting,
it mimics crochet, here is a link:
https://ninettacaruso.blogspot.com/2018/06/treble-tatting.html
Below is a close up of the edge with the Treble Tatting
which is just before the final chains. 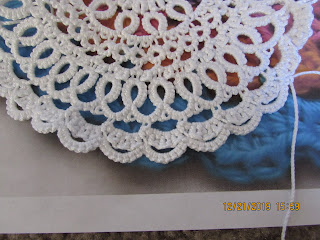 Have a great day filled with tatting!!! :)

That's lovely and it's wonderful that you created your own pattern!

Fabulous design! I love the colors.

Thank you everyone!!! :)
picotsnkeys, the colored one is crochet and it was the inspiration for the white one I designed. ;)