Ok, so....I am working on tatting another angel
while out with hubby fishing.  This one is tatted
in size 40 Lizbeth Blue Ice. 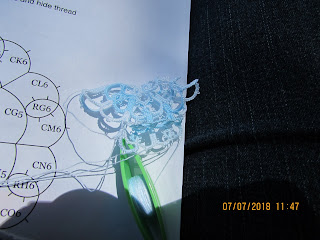 I finished it at the first fishing spot and compared
it here to the size 80 Lizbeth Summer Fun. 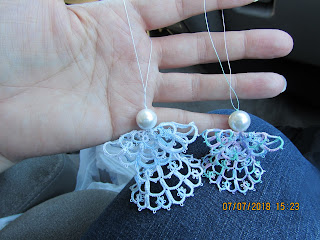 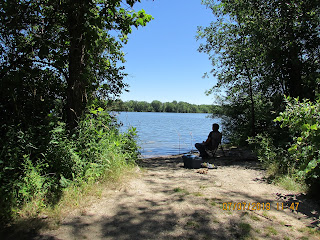 The greenery on the left in the picture above was a
small area and so I went on the left side of it and
took the picture below.  Let me say, I wish I could
have taken a picture of the whole 180 degree scene
it was beautiful!!!  :) 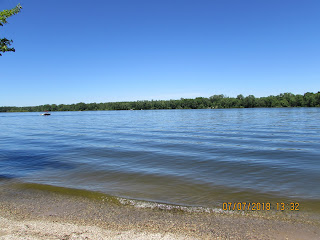 I have tatted since I got home and have over half
way around one of the twin doilies round 16 done.
Have a wonderfully blessed Sunday and happy tatting!!

Wonderful spot to be tatting in!

Such pretty angels! Although I think they both look bluer than normal due to the tint of the photo.
That looks like a very peaceful place to tat (and fish).

Thank you all so very much!!! :)
Lavi, they do look bluer. I took the picture in our vehicle and the lighting wasn't the best.

Beautiful spot to tat in, the angels looks gorgeous