My own design suncatcher.....and bracelet 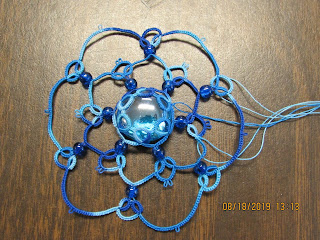 Our daughter loves it and after the center and first
row were done, she named it.  Heart of the Sea.
She said she had read a book and that is what it
reminds her of.  So, I am keeping the name. 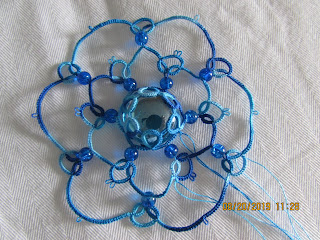 For some reason, I was inspired by the design and
ended up tatting a bracelet.
It starts off fiddly, but after one of the paperclips
and a bead fell off, I took them all off to continue
a bit easier.  Here is the start.  I tatted all of the beaded
section first. 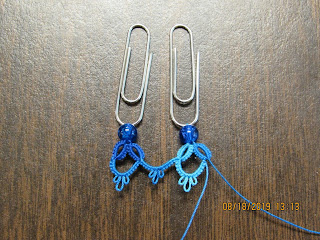 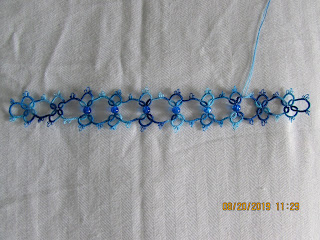 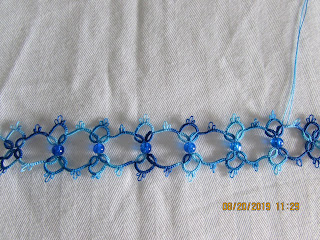 Have an awesome week of tatting everyone!!! :)

Thank you Madtatter80!!! :)
She is also my tatting color consultant too. ;)