Hope your new year of tatting is starting well!!! :)

Well, Christmas was very nice to my tatting stock!!!  :)
I actually got to pick everything out myself so it's extra good!!!  This first picture is of all the goodies I "received" for Christmas.  :)  Lots of thread, beads, and extras, plus a new book!!! 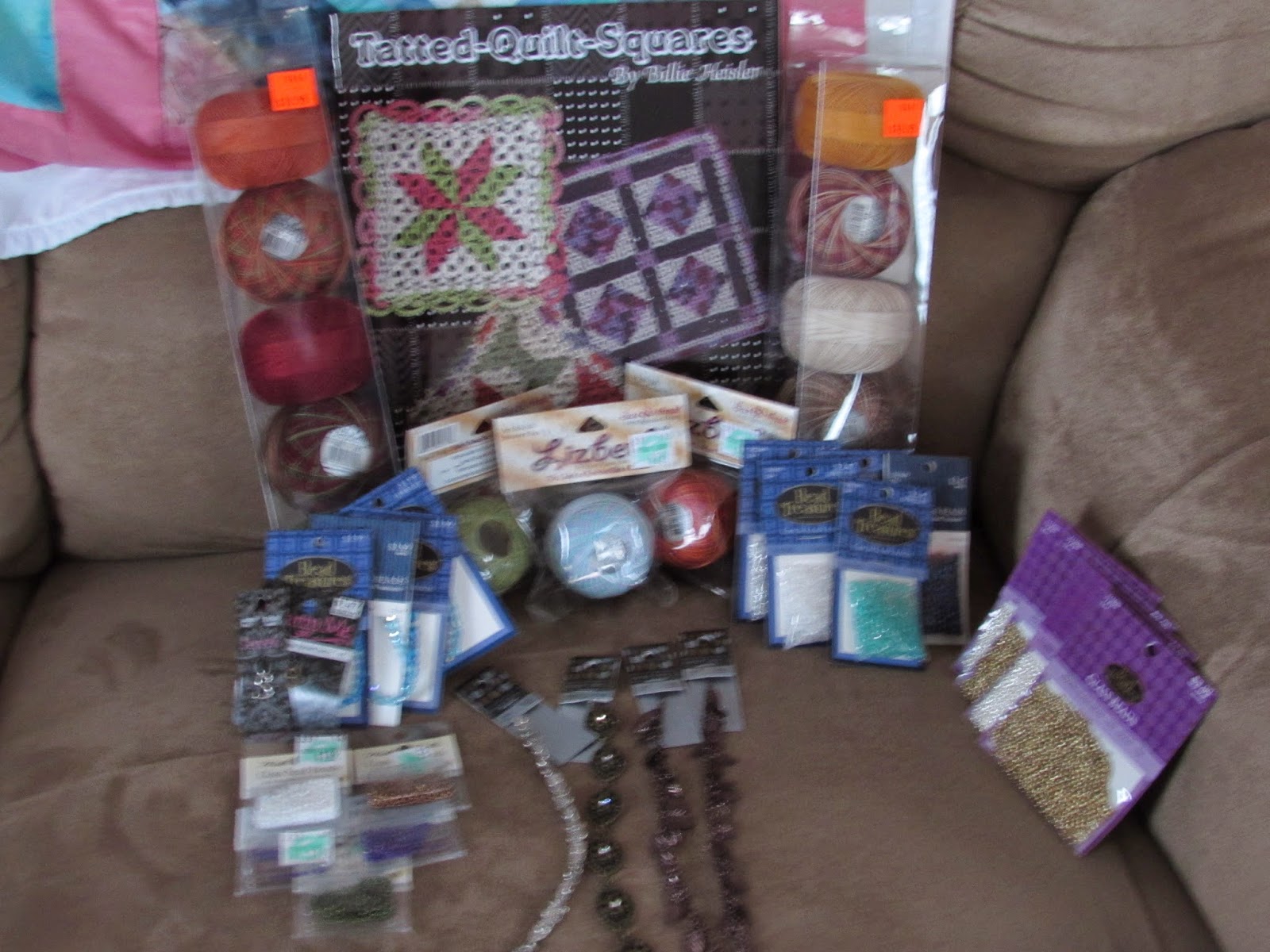 Since last year was so super busy for me I wasn't able to share lots of things I "acquired" throughout 2014.  There was probably more, but I can't remember.  I sure hope this year to be able to tat up many of these beautiful threads and much of my new Christmas tatting items!!!  :) 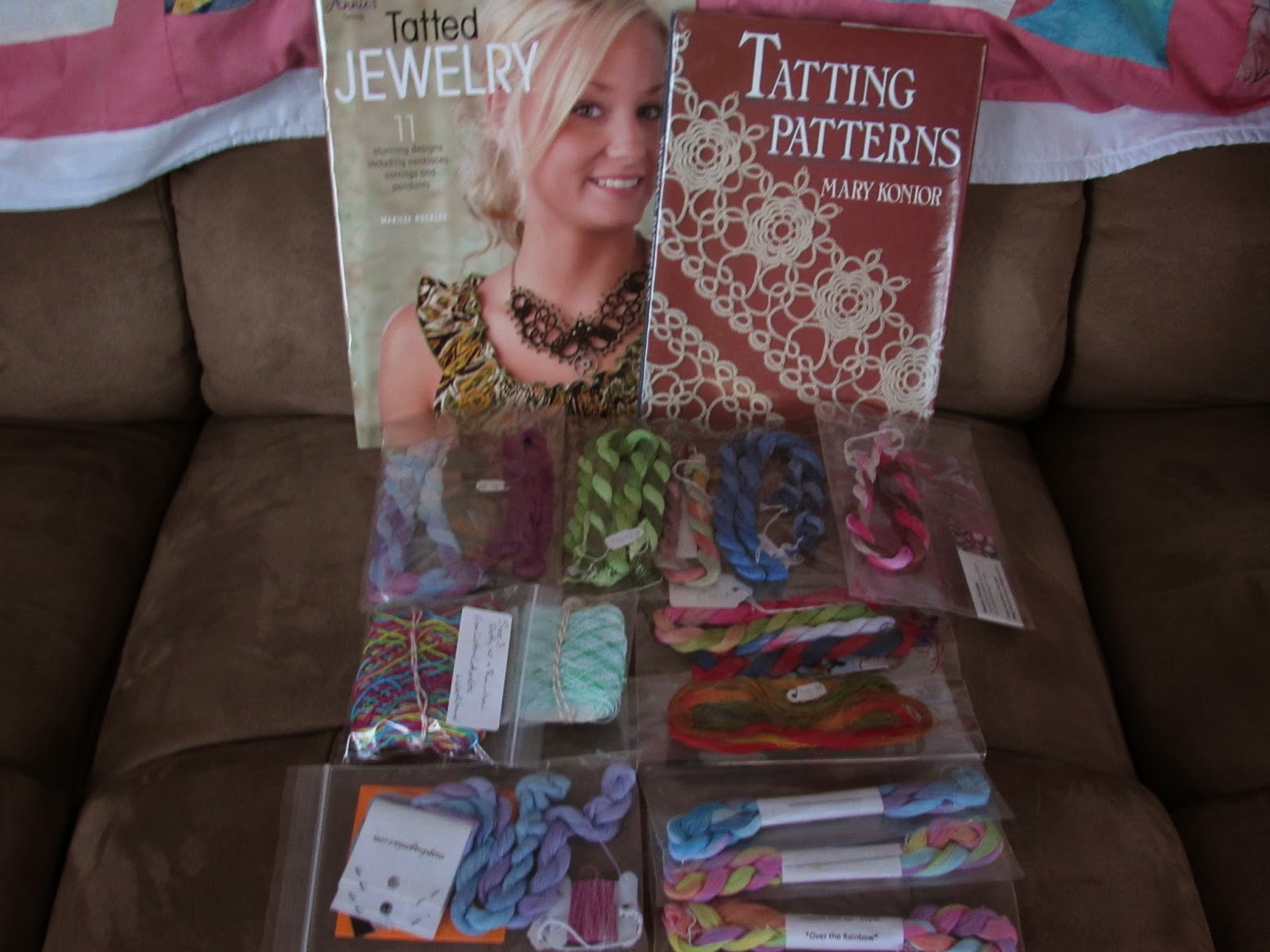 I have been test tatting for Elaine P. Gan  at Test Tatters on Facebook again.
This was my second test tat this year a heart in Lizbeth size 40 Juicy Watermelon. 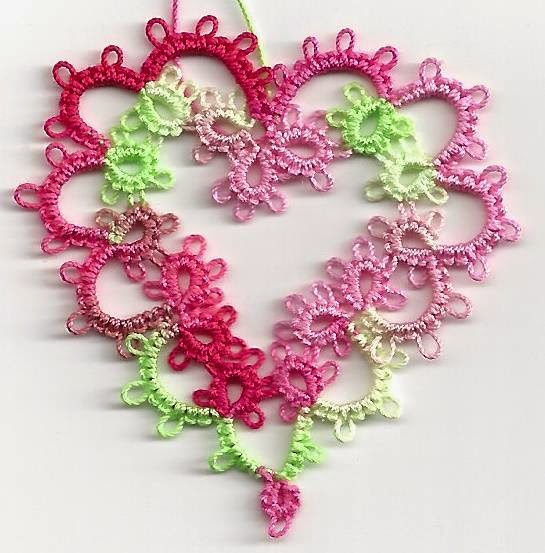 This is an earring(which is my second attempt at the pattern), and it's tatted in Lizbeth size 40  Green Coral Sea. 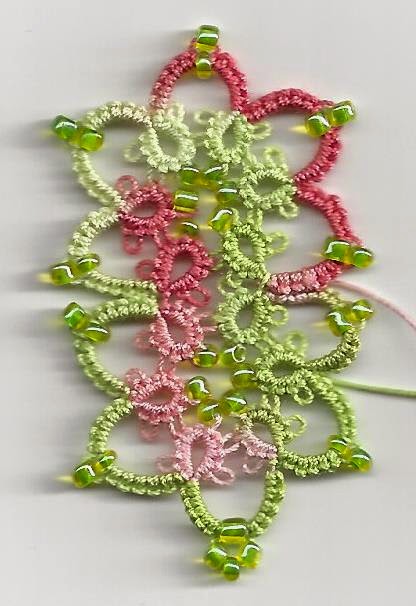 We had one of our seniors from our Sunday night Bible group pass away the week before Christmas.  At her memorial was this beautiful banner.  While I was sitting there I noticed that from the distance it looked like tatted snowflakes. 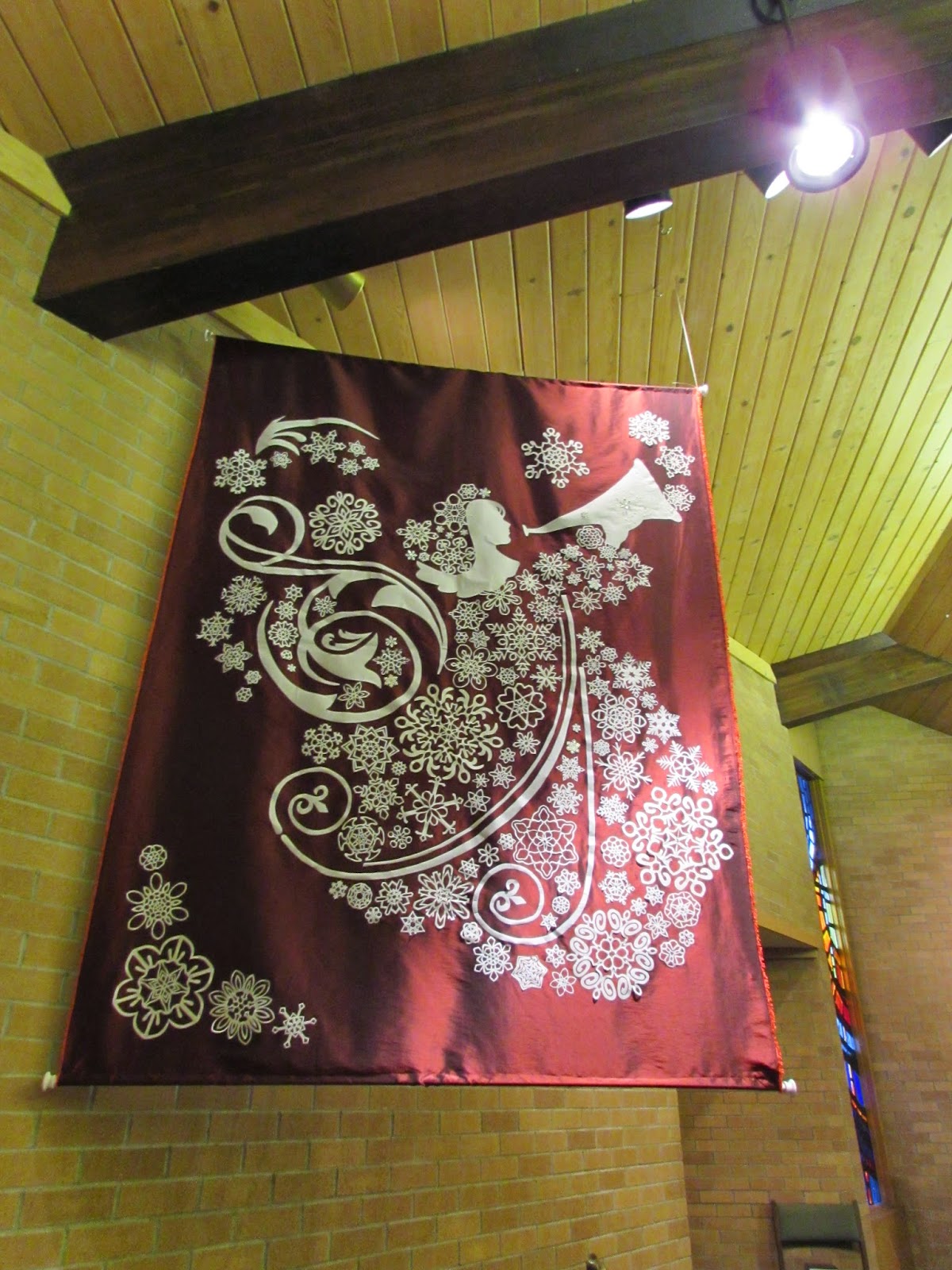 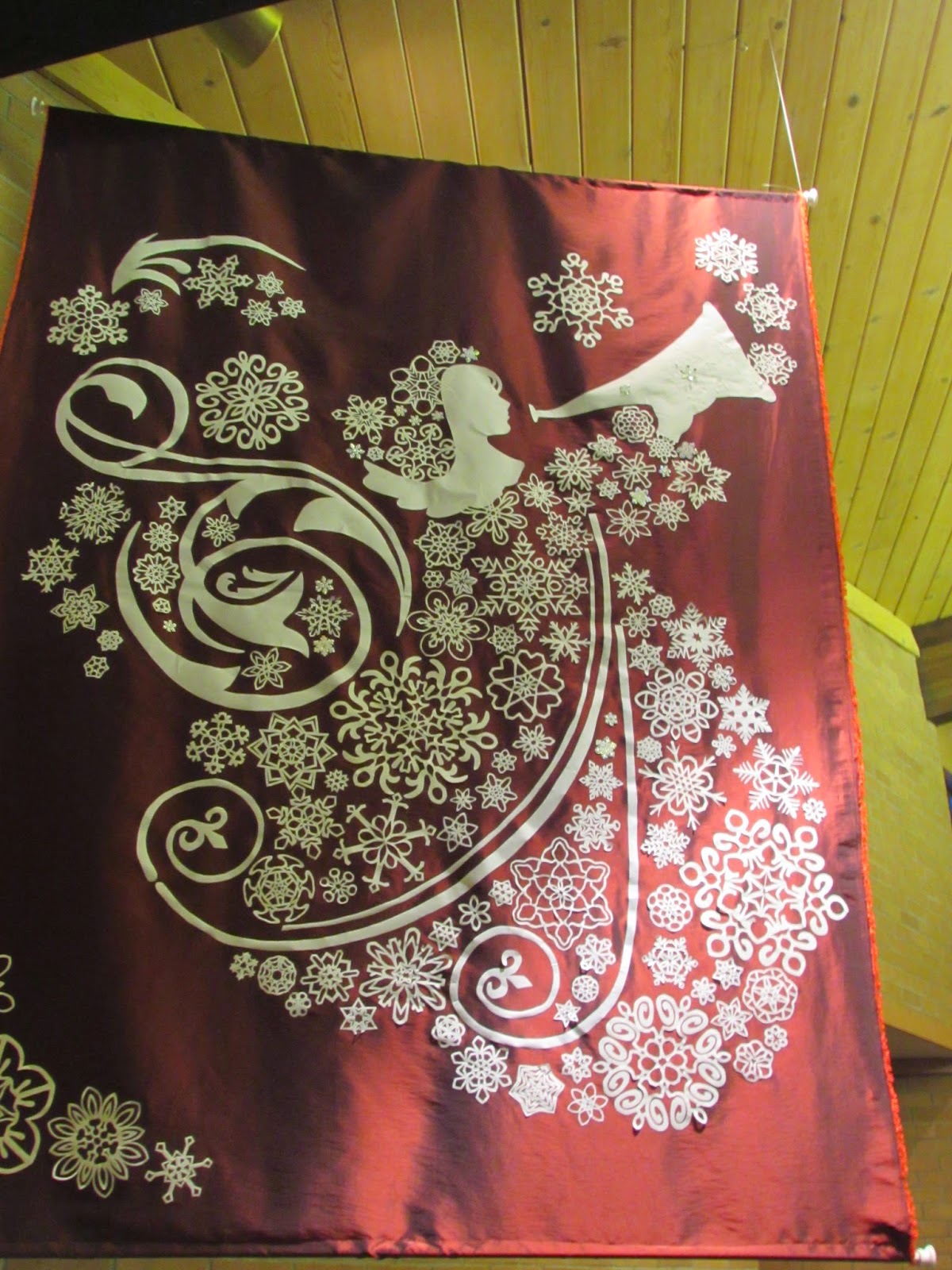 Upon a much closer look I noticed they are stickers, but I think some could be tatting inspirations.  :) 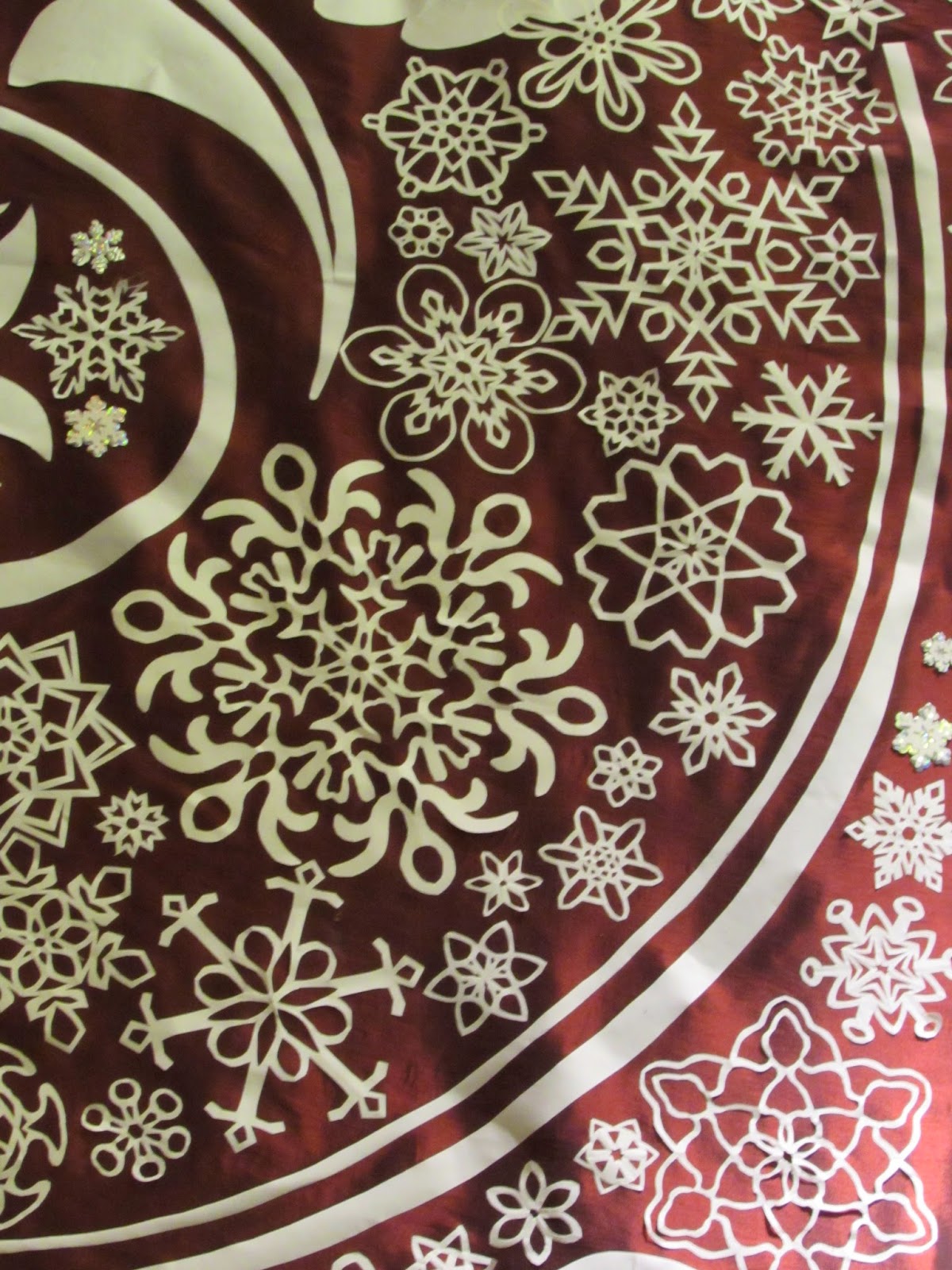 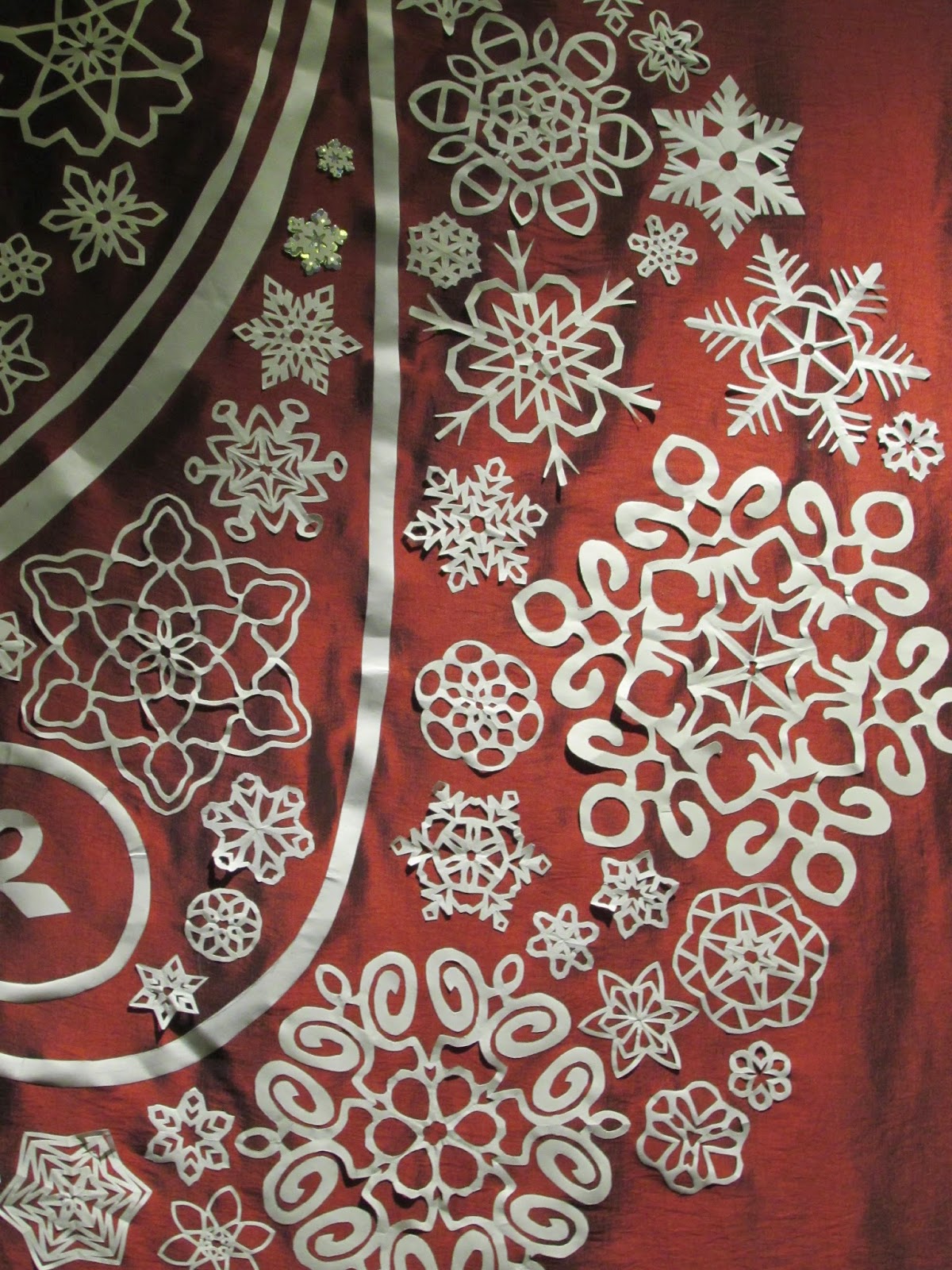 I also think someone more talented than me could actually create a banner as beautiful as this in tatting
(maybe not as large cuz' this is huge, but either way it would be gorgeous and a treasured keepsake I am sure!!!). 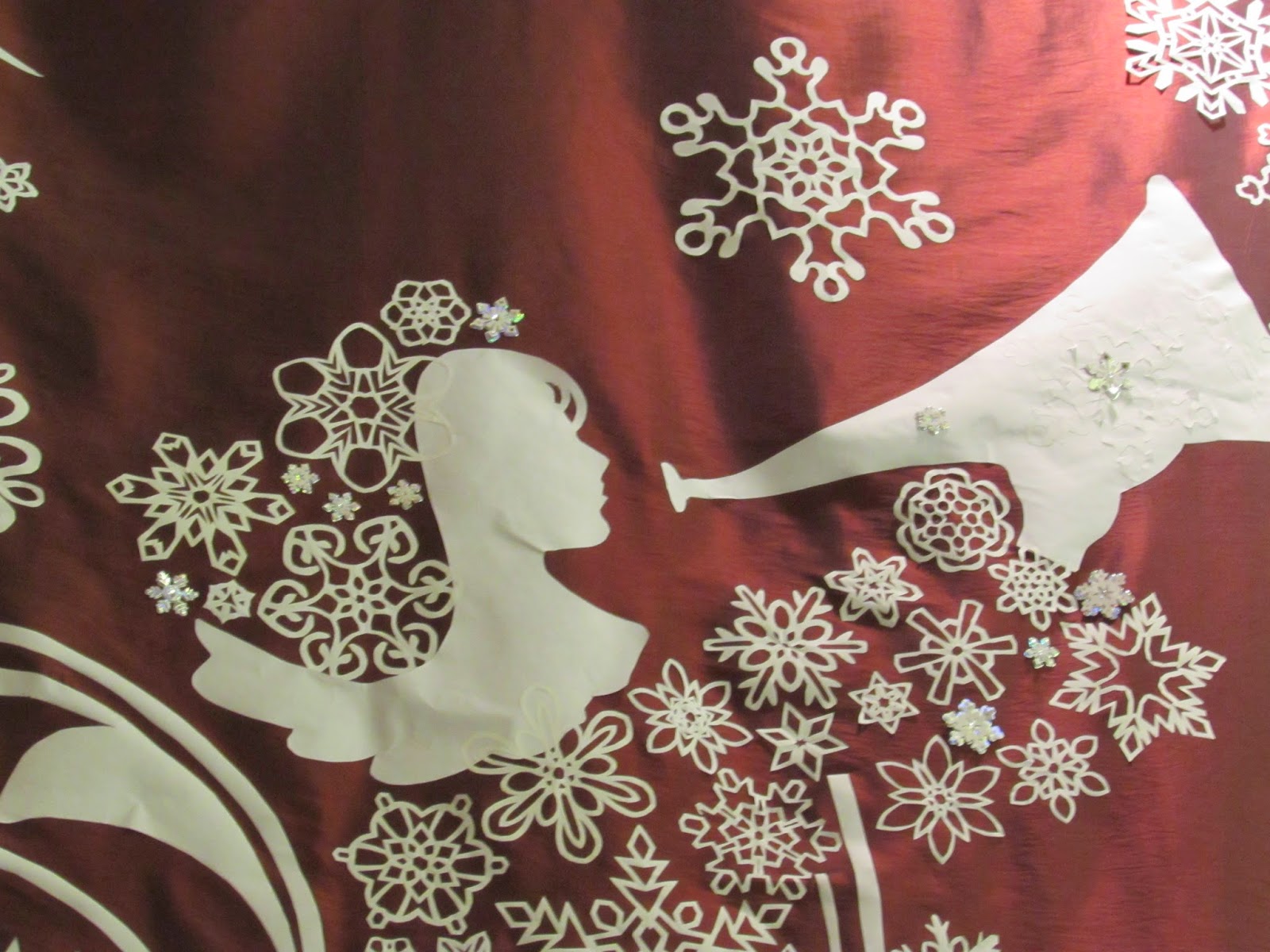 I have many tatting goals this year and I am hoping to meet most if not all of them!!!  :)
Have a wonderful and tatting filled day!!!
Posted by God's Kid at 9:24 AM

Wonderful that you have the supplies you'll need to achieve your goals! Yes, the banner does look like tatting. Would be amazing, created in tatting. Happy tatting in 2015.

I expect to see all those wonderful tatting supplies put to good use and displayed on your blog. Really like the new Elaine patterns, nicely tatted, too. I totally see tatted snowflakes in that flag.

Yes, would love very much to see more of your beautiful tatting with all those goodies :-)

Those 'snowflake stickers' are so TAT-inspirational ! Would love to convert them to actual tatting.

Oh I liked what you have picked out and the threads are always fun to see. I am interested in the tatted quilting book and was thinking on buying this some day, you will have to show us some cool color combos you come up with :) this flag does look tatted and may be we all tat too much?noooo that could not be! Anyway can't wait to see what you post in the New Year! and hope you have a wonderful Year!

Thank you everyone!!! I am hoping to have plenty to show!! :)

What a lovely Christmas gift! I'm still trying to use up all the tatting supplies I've accumulated over the past 20+ years, so I wasn't too disappointed that there were no tatting gifts this year. ;-)

The banner design is absolutely spectacular! I'm quite impressed with it and wonder if you can find more information about it.

It seems that there is some applique quilting of the non-snowflake pieces, and possibly the snowflakes are also appliqued or 'ironed' on, without having to be 'turned under'. I'm wondering if they were cut out with one of those 'cutting machines' to get them so precise! I've really never seen anything like it.

My condolences for the loss of your member. It's especially difficult around the holidays.

Thank you Diane and Margaret!! :)
Thank you so much Kathy!! :) As for the banner, I looked close and it looked like stickers to me. I just really admired it and thought it would be an awesome tatted banner if possible!! :)