Well, it's another test tat.  This first item is 24 of my 25 motif challenge.  I cannot believe I have gotten this many done with everything that has gone on this year(and continues to go on).  :)
This is Elaine P. Gan's Firm Foundation Cross(personally, I think hers are far more beautiful!).
It's tatted in size 40 Lizbeth Juicy Watermelon.  Ignore the "tail", it was just a random thing. 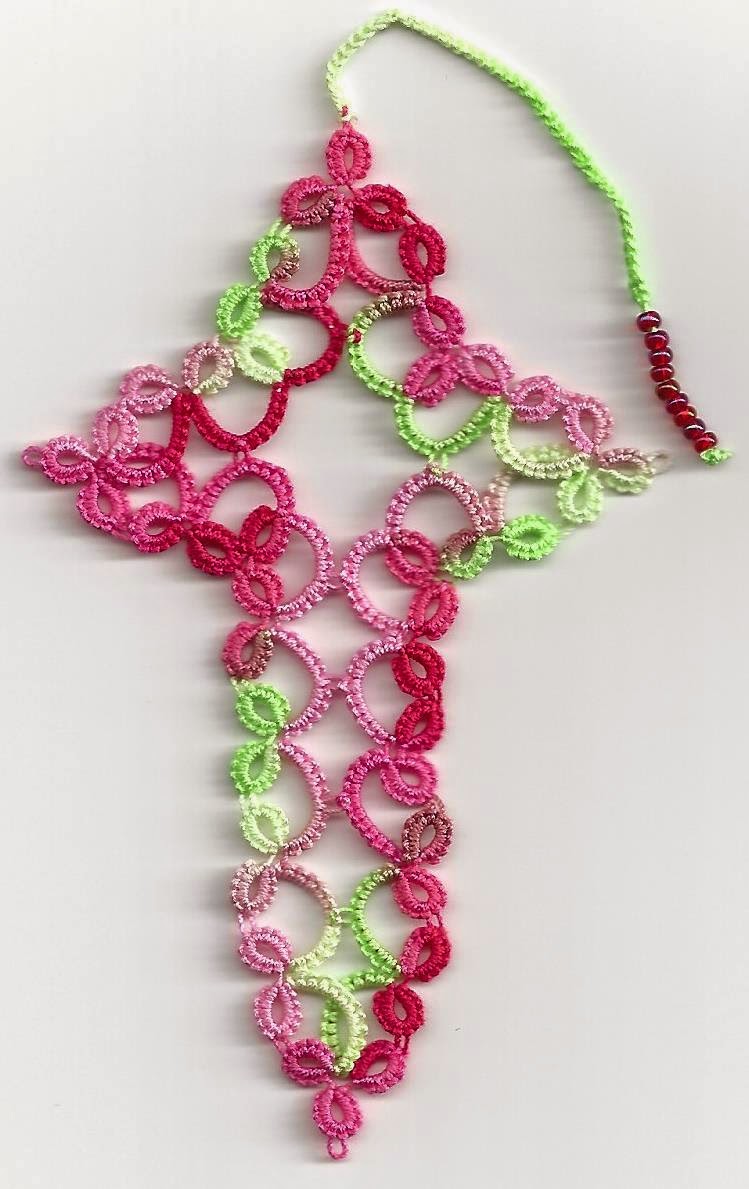 Next is a suncatcher I just finished.  It's a motif from the Big Book of Tatting called Dancing Snowflake.  Now, for those who know the pattern, the outer round is my own design hoping to get it to fit in the bracelet(should have been a little smaller, but it's ok).  It's tatted in size 40 Lizbeth Green Coral Sea. 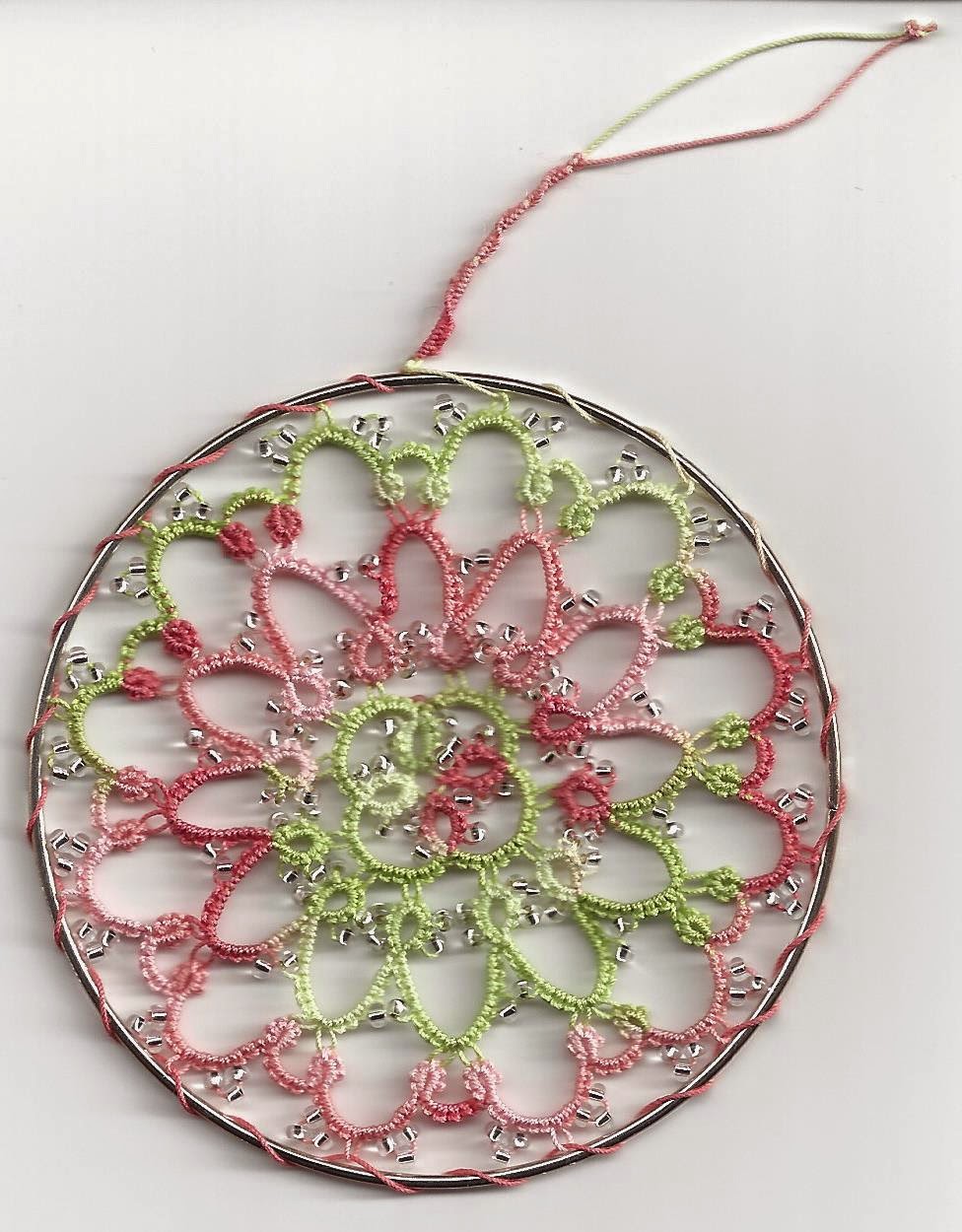 And 2 more suncatchers I finished last week.  The first is one I do all the time, and the second is from the same book as the suncatcher above, but the name of the motif is Ice Crystals Snowflake.
It's tatted in size 40 Lizbeth Elderberry Jam.  It was a little small for the bracelet so I tried to use a little creativity to join it.  Not the greatest attempt, but I like the "sort of" star look.  :) 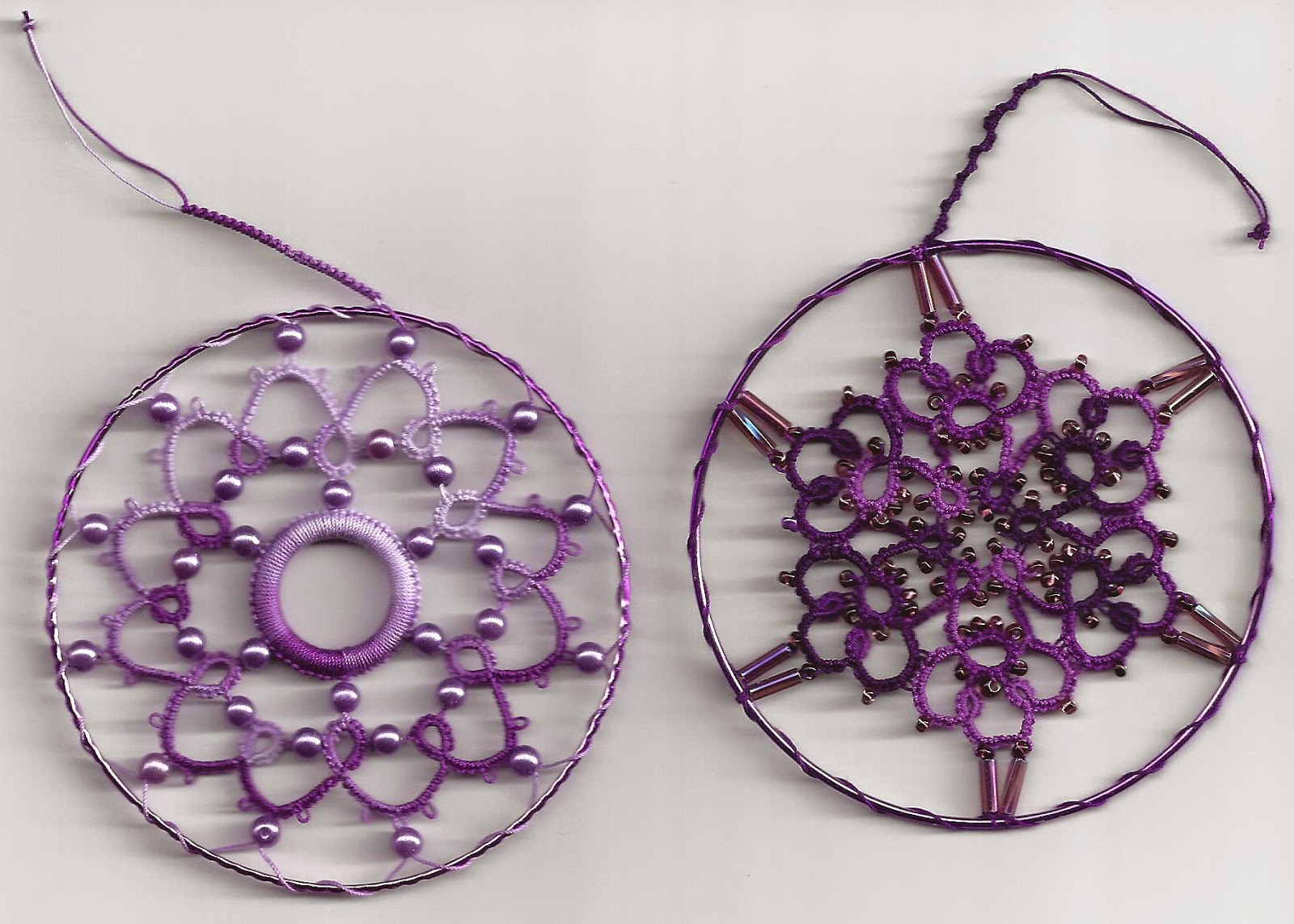 Beautiful cross. One of my favorite Lizbeth colors. Love the catchers. Is the outer ring a bangle? Where do you buy them?

Thank you muskaan!! :)
Thank you Jane!! I want different choices for suncatchers so I don't have to do the same one forever. :)
Thank you mb duke!! Yes, those are bangle bracelets. I usually just pick them up at Walmart, or my mother-in-law picks up some from second-hand shops, but recently I purchased 120(2 packs of 60 each) from Fire Mountain Gems(one package of textured and one regular). I love all the colors and can combine them with the threads and beads, but I will say that one of the first I pulled out was broken already because they are super thin(but I don't need thick for suncatchers made with lace). Hope that helps!! :)

The cross and suncatchers are lovely! How exciting that you're nearly done with your 25 Motif Challenge :).

Very nice. That gives me urge to try suncatchers. :)

Thank you Lilas!! :) I like suncatchers and have many requests for them. :)