Here are some Christmas presents I tatted.  The first is a "Sunflower" doily.  It's actually  from the Exquisite Luncheon Set on pg. 30 of the book Tatting Doilies & Edgings edited by Rita Weiss.  From the moment I first saw this pattern it looked like a sunflower to me(now, sunflowers are not my favorite, but it looks like one so I had to tat is as one).  It's tatted in Lizbeth size 10 Mocha Brown Dk. and Golden Yellow Med.
I thought I ought to let everyone know that I did alter the pattern just a bit(now that I think about it).  When adding the "petals" I joined the 2 lowest picots on each to give it a little stability.  It didn't say you are supposed to, I just felt it needed it.  :)  Oh, and for those interested.  The brown center tats up rather quickly, but the petals take some time.  :) 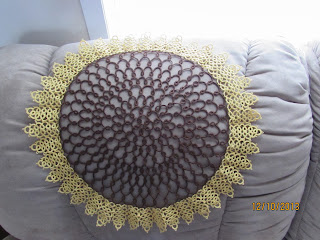 Originally it was planned for something else, but while in progress my husband claimed it, so when finished it was a nice gift!!  :) 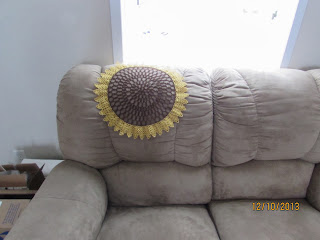 This is for size reference. 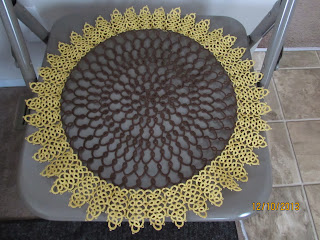 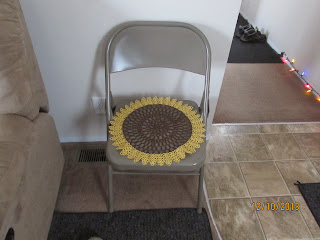 Now, these next pictures are something I came up with.  My friend wanted some neat hand dyed threads for some things she does(she does not tat), so I found some online at ArtFabrik: http://artfabrik.com/artfabrik-store/threads/ and they are size 3(which she needs the larger threads).  Well, there wasn't enough for the projects she does so she gave them to me.  I thought it would be nice for her to still have her gift so I decided to tat something with the threads.  I made candle coasters. 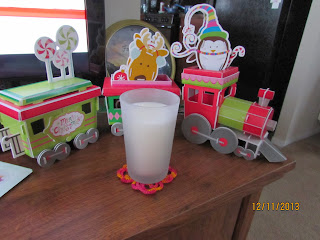 This first pattern is one I made up.  I call it Flutterby Square cuz' the inside reminds me of a butterfly when sitting square(my daughter said the same thing all on her own).  It's tatted in Really Red color. 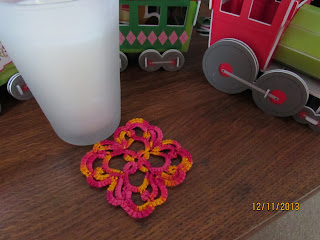 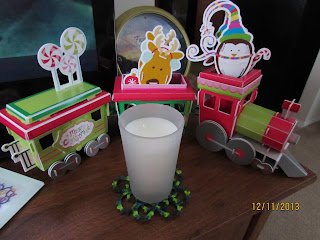 This next one is a pattern from Tatting Patterns by Lyn Morton called Shamrock.  Tatted in Green Grass color. 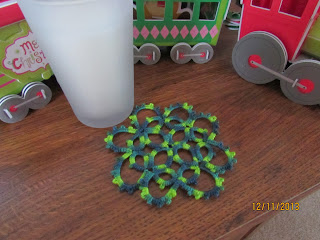 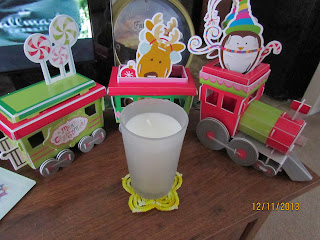 This next one is an altered pattern from Tatting Patterns by Lyn Morton.  It's an star type earring pattern, which I just continued to extend to make a coaster.  Tatted in Lemons color. 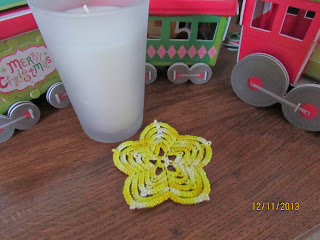 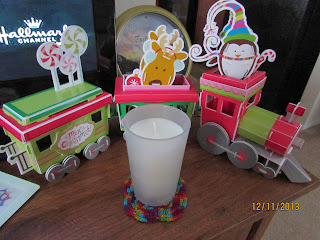 This next one is my own design.  I call it Radiating Butterfly.  It's tatted in Asters color. 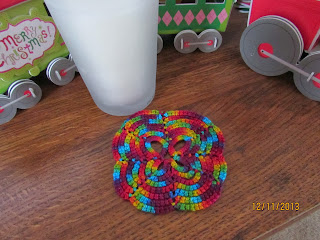 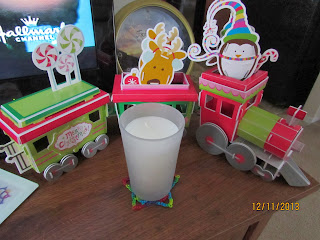 And this last one is my own pattern too.  I call it Flowers in Stars.  The center is a circle surrounded by a flower, then that is surround by a star, and then another flower, and the outside a final star.  I really love this!!  :)  It's tatted in Parakeet color. 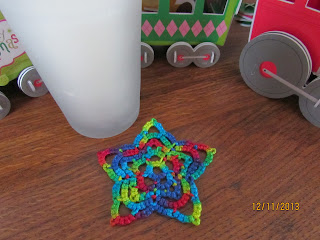 Here is the whole collection.  She hasn't received them yet due to circumstances, but I hope she likes them.  I really enjoyed tatting with these threads for something different!!  :)  I love the colors too!!  :) 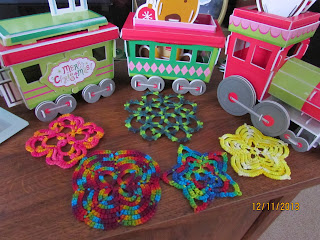 The sunflower doily looks amazing. The coasters are so colorful. Your friend will love what you created with those threads.

Wow you have a lot of work done and they are so wonderful and that sunflower looks like you spent a lot of time, love the bright coasters too.

Those are great coasters! A wonderful use of size 3 thread. Your friend will love them! And what a spectacular doily! A lot of tatting and beautifully done! Could easily be entered in a fair!
Definitely has a sunflower look!

Wow, Sue! The sunflower is fab! Your stitching is very consistent and even. Well done.
Fox : )

The sunflower doily was quite a project. You did a great job with it. I am sure your friend will love the coasters, very colorful.

Wow you have done some amazing tatting . Such a lot of work in that doily and worked in those colours looks great as a sunflower. The colours of the coasters really stand out and a nice thickness for them.

Gorgeous sunflower doily,
Your coasters are beautiful I am sure she will love them
Margaret

I love all the beautiful colors! I can see why your husband claimed the sunflower doily as his own... it's gorgeous!

Thank you all for the wonderful comments!!! :)

The sunflower is amazing! The coasters are a fun little collection. They remind me of summer!

The coasters are such fun in bright colours! I like the doily too, how clever to make it into a sunflower. Wonderful.

I love your sunflower.

Thank you very much Susanne!! :)

I do love sunflowers. A longtime favorite of mine!

Glad you like sunflowers Grace Tyler!! :) You can make a smaller and a medium version of this same doily(I have the smaller started, but it needs petals). :)