This is Rose Medallion # 39 from Tatting with Anne Orr.
It's tatted in size 40 Fairy Dust HDT from Tat-ilicious, and Lizbeth Lilac Med. 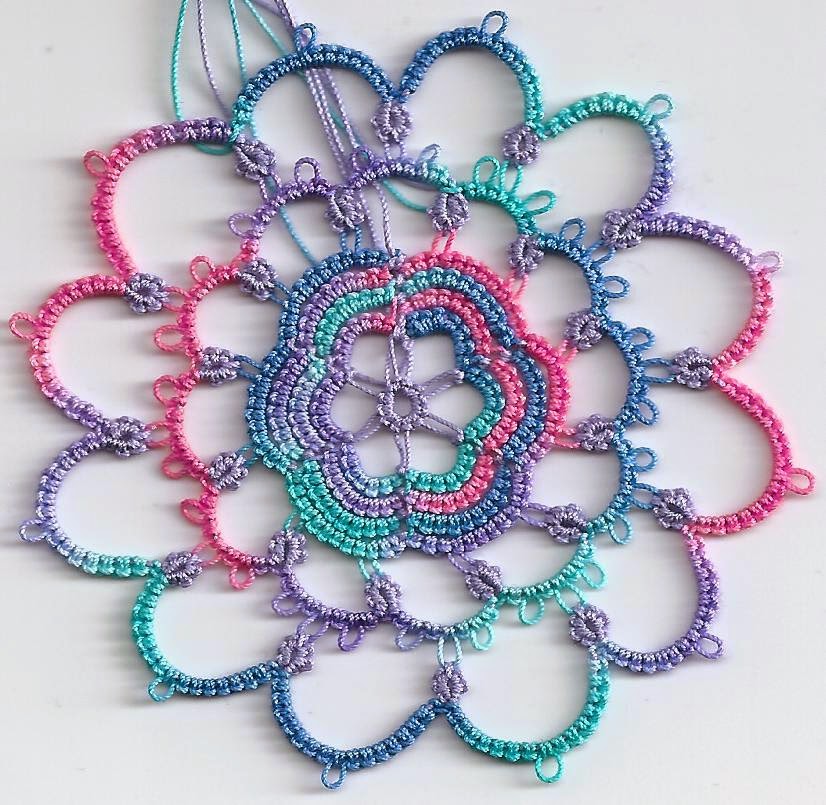 The picture below gives you an idea of the size compared to the Vine Medallion tatted in size 3.
In the book they are both tatted in size 40 and the Rose medallion seems a little larger, but with the size 3 it dwarfs in size(just a bit).     :)
Oh, if I remember correctly, I followed the pattern on the Vine Medallion(the big one) and yet noticed that the picture showed 8 rings around the center ring, yet the pattern calls for only 7 picots so I just did what I read.  Either way I love it! 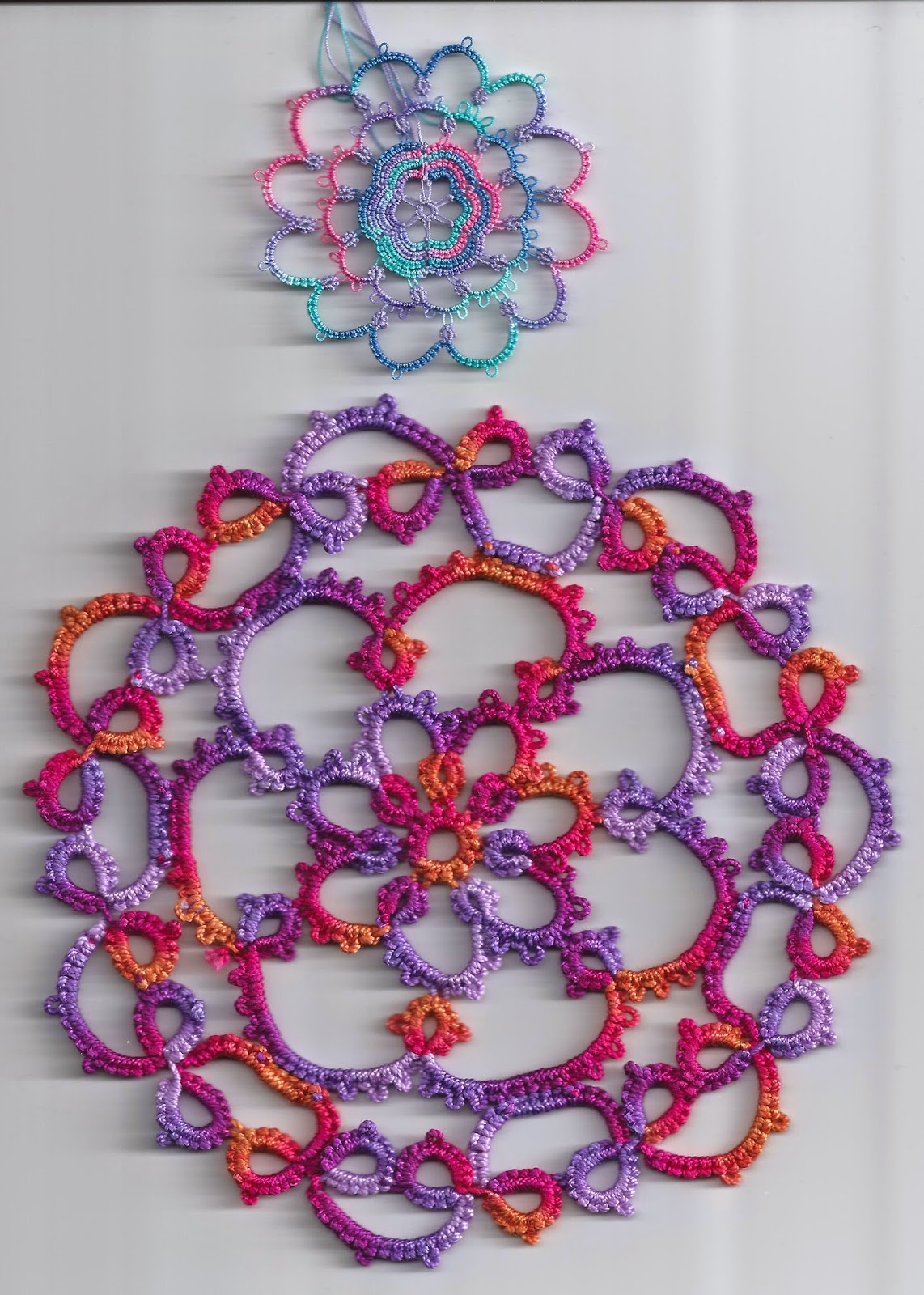 My daughter is reading a book(downloaded to her tablet) titled Love by the Letter by Melissa Jagears and she was telling me that it mentions the girl tatting a few times.  Pretty neat!!  :)
Posted by God's Kid at 8:46 PM

I love to look and make all the sizes of thread it is fun, of the two, one is delicate and lacy, and one is durable and sturdy.

Thank you both!! :)
I agree Madtatter80 about how the threads change the look or sturdiness of something. I believe the smaller threads make things more lacy and dainty, while the larger threads make something bold and sturdy. :)

Beautiful thread for a beautiful motif!